Τhe Vespa 946 (the name refers again to the year in which the first Vespa was manufactured) equips a single cylinder 125 cc 4 stroke, 3 valve, air cooled engine with electronic injection. Performance is 11.6bhp/8,250rpm and 1kgm/7000 rpm (7.6lb ft/7000rpm) torque, claimed figures. Fuel consumption is close to 2 l/100km (150 mpg Imperial).
An ABS or even traction control could be optional equipment. Due to the design at the saddle area, there is no underseat storage space. This saddle looks just adequate for two persons. The model name was 46 in the beginning, reminding of the initial manufacturing year. Due to the coincidence with Valentino Rossi this was switched to 946.


Since 1946 and after 17 million scooters sold all over the world, Vespa unveils a possible future.

It is expected to hit the showrooms at the end of 2012. 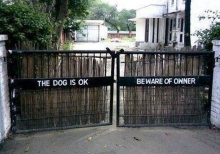