This is a very competitive price, especially for a brand new bike. Indicatively, the MT-07 will cost just 5 Euros less than the naked Honda CB500F! The MT-07 will be available by the end of February.

According to the latest video produced by Yamaha, a naked sporty bike is on the way. At the same time Yamaha has introduced a new parallel twin cross plane engine. The result of the above could be a bike like the ΜΤ-07. A graphic presentation is shown below.


With a video title “rise up”, Yamaha is showing the way for the new MT-09 (FZ in US) variant which will be unveiled on November 4th.

On the picture designed by Yamaha it is written 4 souls, 4 spirits, which means that the naked MT-09 was the first bike of the series and presumably the other bikes could be unveiled shortly. Could this be the new TDM? Well, time will tell!


A new illustration of the rumored Yamaha R3

Τhe Italian designer Oberdan Bezzi has created a concept illustration of the rumored bike Yamaha R3 which is based on the MT-09 (FZ-09 in US). Well, the speculation for another Yamaha bike has just begun.

According to the latest rumors,  Yamaha will proceed to the introduction of new bikes based on the MT-09 (FZ-09). The concept will be a common platform for different motorcycles  like Honda’s   CB500, NC 700, VFR 1200.
The new bike which could be called MT-09 X, will provide a crossover potential, replacing the TDM 900.
Another sport bike could be presented, named YZF R-03 as some websites suggest, which is represented below.
18 years ago Yamaha introduced the TRX 850, featuring the engine of the TDM 850 and a Trellis frame. However sales were not satisfying. Do bikers have a different attitude nowadays? Probably, quite much.

2013/8/7
The Yamaha contest is valid in many countries: Be on the MT-09 European launch in Croatia!

Whether a visitor of the Yamaha website has to answer some questions regarding the new Yamaha MT-09 or she/he will just “like” the Facebook Νational Yamaha page, there is a chance to win a place on the European launch of the MT-09 in Croatia. In many countries the expiring date is the 12 of August.

The winners in some countries may also get a test ride on the new bike. The participants should be over 21 y.o., with a full motorcycle license and no travel restrictions. The expenses are covered by Yamaha.

The dark side of Japan, part II.

Τhe available colors are blue, orange, matt grey and black with some blue touches there. The fuel tank and the front fender differentiate the bike colors. The price is €8500 ($10600).

Comments: The ΜΤ-09 is a sporty naked bike, while a wide handlebar provides improved control. Up to now  Yamaha’s range of street bikes  included  the  XJ6, FZ8, FZ1, R6, R1, where the  FZ8 was basically a  FZ1 with a smaller engine.

The  XJ6 and  FZ8 are two really usable bikes although they are not very exciting motorcycles in terms of riding. Thus  a sporty rider should consider  only  the FZ1,  R6 and  R1,  which the latter two, are two options rather extreme for the majority of the riders. Additionally the sales of Yamaha had dropped at the developed motorcycle markets.

The 850 c.c. displacement was selected probably so that the bike would  be differentiated from Triumph’s  675-1050  c.c. as the three cylinder layout is an acknowledgement to Triumph’s decision 20 years ago. Almost the whole Triumph’s  range is based on three cylinder engines. Thus the output of Yamaha's engine places the MT-09 between  the Street and  Speed Triple, and slightly better than the FZ8.


Telling from the riding position the new bike should be a sporty naked one, although there is already adequate speculation on the Internet. However because of some hints about the soul of Japan, and a new brutal animal which is mentioned, this should not be a bike to go shopping around! Will it be the first three-cylinder naked? The video was published by Yamaha today with the following text.

“While some onlookers may see Japan just as a traditional and respectful society where conformity is the norm, behind this stereotypical image lies a vibrant sub-culture where new fashions and ideas are constantly emerging. From the spectacle of drift racing through to the insanity of Japanese speedway, the other side of Japanese society has been responsible for some wild and wonderful trends. The same creative forces that drive the darker and unconventional side of Japan now have created a new kind of brutal animal, which is about to change the sport motorcycle world”. 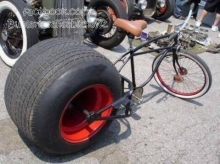