Filippo Preziosi, former GM of Ducati Corse has resigned. Preziosi has tied his name to Ducati for the last 19 years, of which the last 12 meant filling the General Manager of Ducati Corse, and was supposed to become head of the Ducati R&D department. However, this will no longer happen as Preziosi has been replaced by Bernhard Gobmeier of BMW fame, and the R&D Director position at Ducati Corse was left vacant for the moment, with no new name rumored yet.

"Engineer Filippo Preziosi has communicated his intention to resign from his position at Ducati Motor Holding. Declaring reasons of poor health related to his particular physical condition, Preziosi's resignation was accepted by Ducati, saddened and disappointed to lose such an accomplished and strategic member of staff. The company respectfully acknowledges the 45-year old Italian's decision and thanks him for his significant contribution during his 19 years with Ducati, 12 of which were within Ducati Corse ," a statement read.
Despite Ducati saying that Filippo Preziosi's departure from the racing business was due to his poor health, it's impossible no to link his resignation and the bitter last 2 years of fruitless MotoGP efforts, and Valentino Rossi's lack of wins for that time. 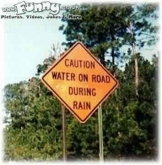