Kwang Yang Motor Company, Taiwan's leading motorcycle maker better known as Kymco, is moving into car production with a large contract production order for BMW's new i3 electric car power system, according to various overseas media outlets.
This system will be an optional twin cylinder motorcycle (rather scooter) engine which will drive a generator charging the batteries to increase the battery range to 400 km (250 mi) instead of 100-140 km (60-90 mi) batteries only. Bmw names this system Rex, (Range Extenteder). The car will be solely electric in its standard form, the REx is an optional system.
Kymco is expected to begin shipping units to BMW in the first quarter this year in line with the German automakers scheduled mid-year rollout of the model. Kymco refused to comment on the report, possibly due to confidentially clauses in the contract.

BMW began working with the company in 2009 when it had Kymco produce high-powered engines for the German firm's G450X motorcycle. Last year BMW launched the  powerful 650cc scooters C650 Sport-GT, whose engine is also produced by the Kaohsiung-based company.
To assure production standards and component quality, BMW has dispatched a team of technicians and managers to Kymco's Kaohsiung factory.
BMW is expected to launch another model of 400cc scooter, with the engine also reportedly to be produced there. The contract to produce the i3's power system will pave the way for it to secure orders from BMW for production of key components and parts of other models.
Due to the steady global decline in demand for motorcycles, particularly in the major European markets, export volumes of Taiwanese motorcycles have dropped for two consecutive years.

To cope, Kymco has diversified, spruiking its power system technology to undertake contract production of motorcycles, power generators, and motor vehicles for a number of foreign firms such as Japan's Kawasaki. Profits for the contract production of the power system of i3 electric car of BMW aer expected to be modest , as the design and technology will both provided by BMW, but it represents the first step for Kymco to claw back some of its lost earnings through producing car components. 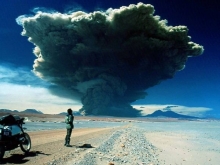