Will the Piaggio Ape be evolved to become a passenger car ?


Τhe Ape is a three wheeler by Piaggio which was launched in 1948 as a commercial vehicle. Along with the Ape, Piaggio manufactures the Porter while in 2010 the NT3 concept was introduced.

According to the latest information, Piaggio will evolve the Ape to be a passenger car intended to the global commuting. A possible base for the new vehicle will be the NT3, providing a light, economical and reliable means to the youngsters of the western world and to the citizens of the metropolitan cities in emerging economies.

The news come only a few days since Yamaha announced the entrance to the car world. Here the Yamaha MOTIV.e is shown.

NT3 is a four wheeled, three seater vehicle never before seen on the market inspired by the basic characteristics of the Ape. NT3 is a compact, safe, flexible, manoeuvrable and attractive vehicle as well as being highly competitive thanks to its contained costs.

The reduced weight allows consumption and emissions to be contained. At the press release, a fuel consumption of 30 Km/litre is claimed. There will be three engine versions available:
The 200cc engine is characterised by significantly reduced costs of operation, consumption and polluting emissions.
The 300cc engine, based on the consolidated technology of the Piaggio Mp3 three-wheeled scooter, provides decent performance in the internal combustion 300cc version.

The 300 hybrid engine version integrates – as with the new Piaggio Mp3 300 Hybrid – the traditional low environmental impact internal-combustion powertrain with the zero emissions electric powertrain with performance equal to the 300cc internal combustion (80 km/hour max speed) and a speed of 30 km/hour in the ZEV "electric only" mode. Lithium batteries are used. The on board electronics decide, depending on the operational mode selected and the conditions of use, how much power to provide through the internal combustion engine and how much through the electric engine in order to optimise performance and consumption. The hybrid version represents the solution of excellence to satisfy the growing needs for urban mobility and metropolitan products with high environmental compatibility.

Τhe dimensions of the NT3 are: length 2,4 meters, width 1500 mm, height 1600mm.
NT3 is conceived around a space frame structure with crash box in order to guarantee maximum protection of the occupants.There is a three seat configuration with a centre and raised driving position, ensuring improved driving visibility.
The possibility of reclining or removing the passenger seats allows transportation of bulky objects. An innovative door opening system allows easy entrance and exit from the vehicle even in tight spaces (for example in cases of parking near a wall or another vehicle).

Comments: After the breakthrough of the Mp3, here follows the Nt3 innovation by Piaggio Group.
There are quite a few reasons that certain engine capacities and car sizes are decreasing. One reason is that they need to catch up with developing countries.
Additionally several car manufacturers will be producing scooters or small 1-3 passenger vehicles. Piaggio Group goes the other way round, entering the car manufacturers field. Usually its the consumer who gets benefited form things like that.
Dimensions for the Nt3 are smaller from the Smart Fortwo, except from the height, which is slightly increased. 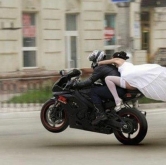