Engine: The four cylinder 599 c.c. engine delivers 120 bhp/13500 rpm and 6.6 Kgm/6600 rpm, claimed values.
In this category from the Japanese manufacturers, its the best torque providing engine at the bottom end. According to the selected speed at the gearbox, engine revs higher than 3000 rpm are needed to get adequate thrust. Above that some negligible lack of power between 5500 and 7000 rpm could be noticed. Power output is linear from that figure to the top.

Riding at the fast pace will require engine revs higher than 9000. Rev limiter intervenes at 15000+ rpm, which means that the 9000 rpm mentioned above, could be considered to be still the middle power band area.
Fuelling is excellent. Engine tweaks have been performed which, compared with the ex model do not feel significant.
Since evolution is supposed to improve things, it would be useful if there was a selected gear indicator and if fuel level indication was more linear.

Riding position: The seat height is normal for the standards of the category, 820mm. Any rider higher than average will step both feet firm in the ground. Also riders of every size will find the riding position comfortable, which is ordinary for quite a few Honda motorcycles.
Rider is placed in and over the bike. Riding position is neutral, which is satisfactory for town use, riding on the highway or even sporty riding-track.
The dimensions of the bike are just a hint smaller than the standards of the supersport category, that is small.

The weight is considerably increased compared to the previous model, by 10 Kg, due to the ABS. From 184 Kg to 194 Kg curb. As there was a direct comparison with the 2007-8 model, this difference is obvious, even pushing the bike, with the ignition switched off.
An impression that centre of gravity is higher now, was created. Thus the 2009 model provides a feeling that this is an identical to the previous model bike, featuring a heavier  e.g. a 750 c.c. engine though.

On the road: Suspension settings can be greatly altered. The bike may feel really soft in urban environment, or hard, that is for track use.
Tyres mounted at the bike tested were Dunlop Sportmax GP at the front, GP Racer at the rear. These tyres are superb for track-days or fast pace riding. The handling of the bike has been obviously improved due to these tyres.

On urban rides its comfortable and agile. It could be used for urban commuting, it will not get tiring. On traffic congested streets the steering lock is quite good. Filtering will not be a problem either. In southern countries the engine will get hot during summer town rides, engine temperature higher than 100° C will be indicated.
Compared to the previous model, the 2009 bike doesn’t feel that light. The 2007-8 model felt as light as nearly …a bicycle. According to the suspension adjustment, road imperfections may be absorbed very well, or not at all.

On B-roads its very agile, rider may ride sight seeing or at a pace, whichever the case is, the CBR will not rush things.
At a higher pace, the very sharp steering geometry is evident, the bike is easy and neutral. Engine revs should be kept higher than 5000 for a pace like this.

At a very fast pace, the front end will take the load to keep very fast turn in, and high curve speed. It will be flicked from side to side easily. Change of line is easy, while steadiness is really good. Feedback is superb and brakes are decent.
Rider may be braking even deep into the bend, the CBR will not tend to rise. Change of direction is slower compared to the former model at an almost racing pace. Also due to the increased weight gear selection is more crucial than before, at least 7000 rpm are needed.
Once again the transformation of the bike’s character is astonishing. In town it’s like a good boy, becoming a punk when riding fast.
The standard electronic steering damper is necessary for this sharp steering geometry. It will get the job done, without any indication that it was engaged at all.

On the highway, rider has to show no mercy for the high engine revs, after all it’s a 600 c.c. motor. Air protection is good for the standards of the category, a speed up to 180 Km/h is comfortable for the rider.
When the pace gets faster on the highway, rider will feel guilty for the engine revs. Air protection is not adequate, because the neutral riding position is kind of upright for high speed travelling. The saddle is hard for middle-long travelling.

The C-ABS (combined ABS) brakes consist of two 310 mm disc brakes, monoblock from now on, radial calipers. A 220 mm disc brake is equipped at the rear. The front brakes provide powerful braking, very good feedback and strong initial bite. The rear disc brake is good, providing decent feedback, acting as a complimentary brake for the front.
The pulsing produced at the levers is virtually negligible, rider gets clear feedback concerning braking. Consequently any rider will exploit these brakes, braking hard, wherever it is necessary. The C-ABS is really discreet, rider may not notice all the single cases that it was actually activated.

Reliability: No issues reported. Quality build is top class.
Model history: In 2003 the CBR600RR was introduced.
In 2005 an inverted fork and new swingarm were equipped.
In 2007 an all new and very light CBR600RR was introduced, it was perceived as the new King of the category.
In 2009 C-ABS was installed combined with some engine tweaks in order to improve the middle area of the powerband. Weight is increased by 10 Kgs.

Comments: The ABS brakes improved the CBR’s already great braking potential, a lot. Thus, active safety is really increased. Generally speaking this CBR is among the most integrated sports bikes that a rider may buy. In case that he rides on wet-slippery roads, and he does not participate in numerous track days at a really fast pace (one has to be sincere at this point), the 2009 model suits him better than the former one.

However the weight issue is disturbing. In 2009 Honda pioneered by installing an ABS to a supersport bike. Generally, this should be expected by Honda, as ABS or combined brakes are installed in numerous bikes and scooters of the factory line up.
Nevertheless, the most recent ABS systems are much lighter, which could make the CBR almost as light as it was in 2007 that this model was basically introduced. Progress in motorcycles cannot be achieved by taking a step forward and a step backwards at the same time. The quick adaptation to modern standards is essential in recent years. Hence, the title of the review.

Possibly there could be a tendency within Honda to manufacture bikes that the engine is concealed, like the Pacific Coast model, early in 1989. It was perceived as a motorcycle being close to the scooter concept, addressing to white collar professionals.
What that has to do with the CBR? Compared with the 2007-8 model, the engine is now concealed by the fairing. Probably this was performed in order to hide the ABS and especially the ECU at the left side of the engine. However the scooter-motorcycle design concept does not comply with a typical supersport bike customer. A cbf-s future buyer would not be bothered.
A new fairing design was performed in later than 2009 models. Probably, this issue is another reason for the vivid colors and graphics of the special CBR versions.

Additionally another approach of the specific manufacturer is to produce decent, user friendly bikes which suit to numerous riders. Because of this, sometimes they are considered to be lacking of character.
In other words, from a riding point of view, it’s a very discreet supersport bike, not a first ride - eye popping bike. In terms of character it resembles to the 2004 CBR1000RR, which was a cold blooded fighter. It’s certain, the future owners will tend to adore it as time goes by.

+ All around character + ABS, safety and excellent operation + The 2007-8 model owners are offered with a counterargument in order to defend their bikes. This doesn’t sound very objective!
- An advantage of the former model is gone. Weight isn’t low anymore, while (the increased safety) bike is more expensive. 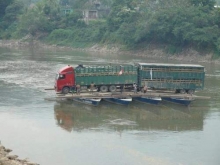