Honda introduces the 2014 range, with 13 new or upgraded bikes. The number of the bikes suitable to the Α2 riding license norms has been increased to 15 and the number of bikes featuring the Dual Clutch Transmission (DCT) is seven by now (VFR1200F, Crosstourer, Integra, NC750X, NC750S, CTX700 CTX700N). The DCT by Honda seems to be growing in popularity as 30% of the customers preferred this type of transmission in 2013.

CBR300R
More power and torque from a bigger engine with the styling being influenced by the Fireblade.

CTX1300, CTX700 and CTX700N
Three bikes with custom cruiser styling provide a combination of comfort and technology. The CTX700 and CTX700N address to A2 riding license holders and they are equipped with standard DCT. 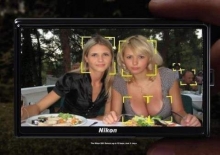