The upcoming bike equips the chassis, brakes, suspensions and engine of the CBR 300 R.
The single cylinder, liquid cooled 286 c.c. engine, delivers 30 bhp and 27 Nm torque. However the handlebars are higher, which results to a more neutral and comfortable riding position on daily urban rides.
The weight (157.6 Kg) is also lower than that of the CBR 300R (161.7 Kg). The price is expected to be somewhat 300 Euros less than the CBR’s.
A 250 c.c. and probably black colored variant will be available in specific Asian countries.

Will the Honda CB 300 be introduced at the Eicma motor show?


Honda patents the design of the CB300 F

Honda has submitted the design patent of a naked bike. Actually this bike derives from the CBR300 R (CBR250 R in specific countries) and it will be the upcoming CB 300F.

Although it is based on the CBR250R, in terms of styling it reminds the CB500F, shown further below!

A new 250 c.c. member of the Honda family could be unveiled, based on the CBR250R. It will be a naked bike, probably resembling to the CB500F.

Additionally a CB250X could be introduced, which has been a Honda must at the 700 and 500 c.c.. Well, the development cost will be minimum, although it could be an internal competitor to the upcoming CRF250X. 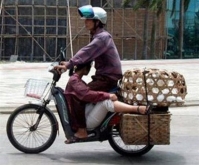