The bike category had to be the streamlined motorcycles equipping an engine of 2000 to 3000 c.c., fuel is methanol. Thus the displacement of each engine was reduced to 1485 cc, combined with a Garrett GT2876R turbocharger.

The aim is to beat the current 605 km/h (376.16 mph) land speed record which was set in 2010. The rider will be the motorcycle veteran racer Jason DiSalvo.

The venue of this effort will be again the Boneville Salt Flats in Utah, USA. This will mark Triumph’s return to land speed records, held mostly between 1955 and 1970 by the British manufacturer, producing the Bonneville bike for this reason. 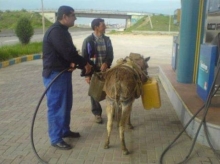