A multifunctional instrument cluster with TFT colour display is featured, the BMW Motorrad Pro onboard computer and innovative audio controls.


The Bmw R1200RT is ready for the Eicma motor show where it is expected to be unveiled.

These four camouflaged 2014 RT prototypes were seen in Southern France. The new liquid cooled Bmw boxer engine is evident once more, due to the pipes exiting from the bottom of the cylinders.

Despite the camo pattern, some differences compared to the 2013 model can be spotted, regarding the fairing and the nose.
Source: www.motomag.com,www.moto-station.com 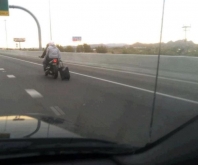