2013/4/2.   The new video, published yesterday (2013/4/1)  by Yamaha marks the new medium-term management plan, where Yamaha will introduce about 250 new products in the years 2013 to 2015. The new Star Motorcycles (Yamaha) Bolt which was launched one month ago in the US was the first bike to come.


2013/2/15.   Yamaha Motor Co., Ltd. will adopt a new brand slogan "Revs your Heart" to coincide with the start of the new medium-term management plan. The slogan will be used worldwide from March 2013 to communicate the shared ideals of the global Yamaha Motor group both internally and externally.
The new brand statement "Empowered by a passion for innovation, we create exceptional value and experiences that enrich the lives of our customers." defines the commitment behind this new slogan. Except from the slogan, the new bikes which will be introduced, will include models for both emerging markets and developed markets such as the U.S. and Europe.

At the meantime, Yamaha reported a 5.4% decrease in net sales for 2012 and a 72.2% decrease in profit but the Japanese manufacturer says it is poised for a dramatic recovery as it begins its “New Medium-Term Management Plan” for 2013-2015. The new brand slogan coincides with the start of this new business plan.

Comment: Some competitors have already made significant changes concerning the line-up, especially by introducing new models where the globalised market needs them most: Small and medium engine capacity motorcycles, which are perceived as superbikes in emerging markets or everyday bikes in developed markets. These bikes have to be cheaper than usual, provide improved fuel efficiency and boast some decent styling. On the other hand and strictly speaking about adapting to the new economic environment, Yamaha seemed motionless for quite some time now. 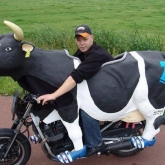