The price of the new Benelli BN 600 in Italy!

It will be 5890 Euros, VAT (IVA in Italy) included, which means very close to the price of the new Kawasaki ninja 300! More about the four-cylinder 600 c.c. made in PRC Benelli, further below at this article.

Concerning the motorcycle history, Benelli was established in 1911 in Pesaro, Italy. Its possibly the oldest of all European motorcycle firms in operation. Benelli was acquired by the Chinese QianJiang Group in 2005, the company is now known as Benelli Q.J.. The Benelli Q.J. maintains its main R & D base in Pesaro and supports the design and development of both the Benelli and Keeway brands.
Keeway, founded 13 years ago, has also European origins although bikes are manufactured in Wenling, China. This firm has also been acquired by QJ Group in recent years.

This bike has already been presented as  Keeway RK6 in March 2012. The Engine of the RK6 is based on older Yamaha R6 design, the frame derives from Aprilia Shiver 750.

Comment: The new Bennelli BN 600 is expected to be cheap, as it will be manufactured in China.  With respect to the history of Benelli and in terms of product promotion and sales, it would be wiser if the Benelli BN 600 was announced before the Keeway, and if it were a smarter equipped bike. Now, it seems that the differences between the two bikes, are…the badge  on the fuel tank.
So there is a misunderstanding here. Things are changing rapidly especially in our era, but you cannot treat a historical firm like that. After all, Chinese history is also really long. 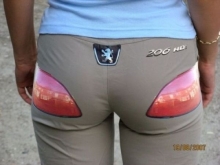