The first image of the bike is an official sketch. This is introduced only few days remaining before the Eicma motor show where the three-cylinder bike will be presented.

The engine will be probably 800 c.c., a variation of the three cylinder 675 c.c. engine powering the Brutale 675 and F3. It seems that the bike is equipped with Ohlins suspensions and Brembo brakes.
In terms of styling the resemblance with the Ducati Diavel is striking concerning the number plate base, while the tail light and rear indicators also look similar. The three silencers of the exhaust are obviously characteristic for a MV Agusta though. The bike will be available roughly in one year’s time. 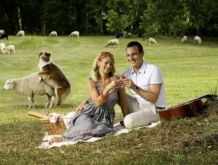