With the BMW HP4, BMW Motorrad presents the lightest 4-cylinder supersports bike in the 1000cc class to date. Based on the BMW S 1000 RR the new sports motorcycle has an output of 193 bhp and weighs just 199 kilos including Race ABS and with a 90% full fuel tank (169 kg dry weight with Race ABS).

The HP label stands for high performance, and the HP4 once again embodies outstanding agility, power and riding dynamics. Each High Performance motorcycle is issued with its own HP4 serial number which is engraved indelibly in the upper fork bridge. The passenger seat cover is standard. For riders who would like to travel with a passenger, BMW Motorrad also offers a passenger package as an ex works option. This includes the passenger footrest system also.

The damping is adapted to the current manoeuvre or road surface by means of sensor-supplied parameters via electrically controlled regulation valves ,rather than the pre-programmed set-ups found in the current BMW Electronic Suspension Adjustment (ESA II) system, which must be adjusted by the rider.

New 200/55 ZR 17 tyres on the rear wheel and finely adjustable Dynamic Traction Control in "Slick" mode while on the move. Launch Control for perfect starts and shift assistant for optimum gearshifts. When Launch Control is activated engine torque is reduced as soon as the system detects front wheel lift. This prevents unwanted wheelies when accelerating. The HP4 allows the rider to make instant gearshifts with virtually no interruption of tractive force by means of the shift assistant, fitted as standard.

Weight reduction due to forged wheels, lighter sprocket carrier, titanium exhaust system and lighter battery. New finely wrought 7-spoke wheels in forged light alloy and a new exhaust system which is made entirely of titanium save as much as 7 kilograms as compared to the RR.

HP4 with Competition Package – top-level exclusive flair due to use of the very finest materials. For anyone who wants even more than the functional sophistication and extreme riding dynamics of the HP4, the HP4 with Competition Package is an especially exclusive version of the motorcycle. Refined HP carbon parts including a long, closed HP engine spoiler in carbon, an adjustable HP rider footrest system, folding HP brake and clutch levers, wheels finished in Racing blue metallic and a sponsor sticker kit provide additional enhancement of the new HP4. 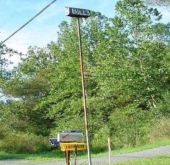