The new KTM Duke 200, spied by MCN in February 2011, has been delayed by a month due to demand from emerging markets.
The bike, which is effectively a Duke 125 with a big-bore kit, is built for KTM by Bajaj in India and has proved a huge hit with Indian, South American and Malaysian riders and KTM are putting back the European launch until June to clear the backlog.

KTM's Thomas Kuttruf said: "The launch happened end of January and 3000 bikes have been sold." 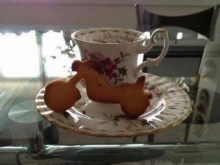