Some new photos of the TVS RTR Apache have been leaked on the Internet. However it is not yet known if this is the 160 c.c. variant or the oncoming 250 c.c. version.

Some websites are very doubtful even if this is an actual oncoming model or a neatly modified TVS bike by a specialist. Well, time will tell.

This photo could depict the new TVS Apache 250 which should be unveiled in 2014. Aiming initially to the Indian market, the oncoming bike is expected to feature fuel injection and ABS.

The news from TVS are getting more and more significant after the cooperation agreement with Bmw. If this bike is the new TVS, from this photo the front resembles also to Suzuki Inazuma S.

The rear suspension is a single shock, single disc brakes are equipped, while there could be an optional ABS. The weight of the bike will be 140 kgs, (308.6  lbs). This bike will be the Indian factory  TVS  new flagship and it will be interesting to see if it could fit into the Bmw line-up after their recent  co-operation agreement.

The final styling of the bike is not yet known. 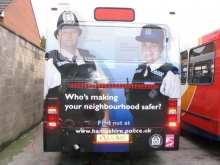