2014/10/18
The new bike will be officially unveiled at the EICMA motor show in November.


Few days ago Ktm officially confirmed the upcoming 2015 Super Adventure 1290 shown further below. The engine of that bike should be the same with Super Duke’s R. The new bike will be launched at the Inermot motor show at the end of this month.
Nevertheless there are spreading rumors that Ktm will also introduce an Adventure 1050 variant which will also be equipped with ABS and MSC. The engine should derive from the 1190 powerplant. The new bike will be competing with the Suzuki V-Strom 1000, the upgraded Kawasaki Versys 1000 and the upcoming Honda Africa Twin 1000. 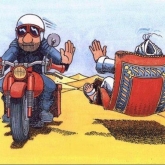