Yamaha applied in January several trademarks like R1 S and R1 M. These titles were applied for in Europe, USA and Australia. The new bikes will be possibly introduced in a few months time. The least to be expected is an upgraded bike in terms of suspensions, following Honda’s CBR1000RR SP variant.

In 2006 Yamaha launched a limited production (1000 units) R1 SP, featuring a slipper clutch, Marchesini wheels and Ohlins suspensions. 500 of them were sold to the US whilst the rest 500 bikes were sold to Europe. There are rumors on the internet though about a totally new R1 to be launched in 2015 or 2016. 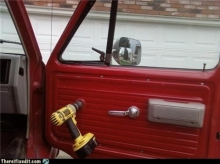