The R1200 ST was launched in 2005 and the production ended soon after in 2007, as the styling of the bike seemed rather peculiar. The new bike features the liquid cooled engine of the R1200GS and it will probably be introduced at the Intermot bike show in the beginning of October. 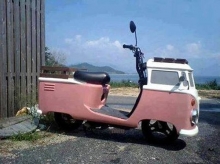