Suzuki GSF 1250 A Naked, Bandit, (2007-current): Doing the homework or working out at the gym, she is a natural bodybuilder.

The bike provided for evaluation from Suzuki was provided with a Yoshimura muffler.

Engine: The revamped from 2007 four cylinder, liquid cooled, fed via injection engine of 1255 c.c., produces 97 bhp at 7500 rpm and 108 Nm/3700 rpm, nominal values, without the extra muffler. These figures cannot really provide a hint for the actual power output.

On the road, torque provided is immense. From 1500 rpm upwards there is adequate thrust, producing considerable acceleration. Town rides may require just the bottom end of the power band, as at 4000 rpm and final gear , sixth , at the gearbox , a speed of 120 Km/h is achieved. On low friction streets, 3500 rpm are adequate for the beginning of power slides.
Power output produced is really punchy at the whole power band. At any given moment the change in throttle applied is transformed in dynamic response from the engine and hence the acceleration.

There are no power steps at the engine response according to the revs, rider will not need to constantly change gears or keep the engine revs high in order to attempt nimble riding. Thrust produced is great at the middle power band then, acceleration between 4 to 7000 rpm will be more than adequate.
The higher range of the power band, up to 10100 rpm where rev limiter intervenes, will be used just for fun or maybe for lowering lap times at sweepers. There is a feeling though that thrust produced is not as dramatic as the one at the middle range.
The combination of bike and rider is catapulted to the front, diminishing distance or overtaking vehicles. Its really easy to ride faster than 200 Km/h. However above 150 Km/h the laws of physics take charge, taming the rider.
Without any wind protection whatsoever, wind blast is annoying in high speed riding, above 200 Km/h, rider gets wind beaten. Consequently, high speed riding will be short eventually.

Τhe sound produced by the exhaust is stimulating, no matter the engine revs. There are some quite interesting bursts during sporty riding. There is no engine temperature indication, which may be considered a disadvantage, as this bike may be used for urban use as well.
The cooling fan operation is absolutely discreet, the whispering sound of the fan is covered by the exhaust melody and traffic noise. The operation of the gear box is really positive, shift travel is relatively long. Fuel consumption is within the expected range, given the engine capacity.
Consequently the engine output is overwhelming, because of this the character of the bike is really straight forward. Leisure rides are really enjoyable, hiding the power underneath, like a bodybuilder who just started the warm up.
The specification data and especially the top power figure section lovers, should not be carried away by the humble 97 bhp number. She is a much faster bike.

Riding position: The height of the seat is normal. It may be adjusted in a 20 mm range, providing some storage space underneath. The width of the seat is narrower to the front, allowing average height riders to step a rather firm foot on the ground.
This is really necessary as this bike feels heavy and centre of gravity feels high. This combination requires caution when maneuvering the bike. Nominal kerb weight 251 kg.
The dimensions of the bike are average for the standards of the category. The width of the bike is increased only at the middle of the fuel tank. The width of the handle bar isn’t short, however it will not be a problem. Rider is placed in and over the bike, riding position is neutral, just slightly forward inclined.

On the road: Suspension is firm. There is a preload adjustment to the front and preload-rebound adjustment to the rear. In urban areas there are virtually no limitations for the bike. Steering lock is sufficient, rider will take advantage of relatively small traffic gaps. As there is no engine temperature indication and due to the quiet cooling fan, rider will not know if engine gets hot during town rides.

This specific bike test was conducted with air temperature between 5 and 15 °C, heat transmitted to the rider was negligible even on heavy traffic conditions. Despite this, its logical to assume that given the engine capacity and the lack of oil radiator, there should be sufficient heat generated on town rides, on hot climates.
At the process of filtering the handlebar height is about the same with that of car mirrors while the bike’s mirrors height is virtually the same with that of the SUV mirrors. This sounds disturbing but its not a problem, as the width of the handle bar and mirrors allow decent filtering given the category of the bike. Street imperfections are absorbed sufficiently. Consequently there will not be many city courier companies to employ GSF 1250 A bikes to get the job done, (this should be considered humorous). However there will not be obstacles for the rider to overcome in city rides, especially if there is a continuous traffic flow.

On B-roads, the stability of the bike is the most prominent element of the handling. Due to the length of the handle bar, an adequate lever is created, making the bike agile, however it’s a greatly neutral and stable bike changing direction.      Rider gets great confidence to enjoy leisure riding or charge. Absorbing imperfections is sufficient without any sacrifice to rider’s feedback which is good. At the fast mode the stability is great, while agility is increased. The bike is neutral for the whole duration of the curve.

There will be some compromises though. First, the neutral riding position becomes a drawback, as the front end cannot be charged adequately. Secondly, tyres provide average feedback especially on average friction tarmac for the rider. As the pace gets faster, feedback gets diminished.
The front end becomes gradually vague while the rear gets relatively vague. Nevertheless on a pace like this it’s the rear end that will attempt to slide at the exit of every bend as the engine output really stresses the rear tyre. Under these circumstances rider will not improve any lap times. This bike is really great for a pace up to nimble rides.

The same applies to the highway or sweepers. Rider will face the air resistance at speed higher than 150 Km/h as it was previously described.
There was not noticed any wobble at the duration of the bike test. At a very fast pace on average friction tarmac, feedback is decreased, which is due to the tyres.
Travelling with speed up to 150 Km/h, that’s just lower than 100mph, its really comfortable, due to the lack of serous air resistance.

The brakes of the bike are powerful front and rear, feedback provided is good, while the operation of the ABS is really sufficient.
The front light is powerful however there was not formed a concentrated beam.

Comments: For every motorcycle evaluated, the engine is considered to be the heart. However in this case it’s the overwhelming feature, almost the whole body. The engine output produced is just stimulating for the rider and makes this bike stand out of the crowd among the majority of motorcycles .
It’s really easy to ride the GSF, she will serve for various transport needs. The most enjoyable will be leisure rides of course. However to get the very best from a 1250 c.c. engine, it will contradict with laws of physics, it’s a fully naked bike after all. Some compromises from tyres and specific parts of the motorcycle will follow.
As there are no perfect bikes, rider may enjoy an engine output which may be smooth or explosive, according to the rider’s input, without a high tag price.
The closest competitor is the rather more useful Suzuki GSF 1250 S, where the fairing provided, will help touring and higher speed quests. 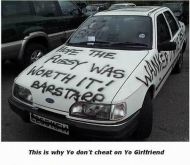