Engine: The quiet engine of 125 c.c., produces slight vibrations when operating, obviously economy oriented. The power output is adequate though, 12 nominal bhp at 8000 rpm and 1,2Kg of torque at 6000 rpm. Therefore it’s fast up to the speed of 40 Km/h, adequate up to 60 Km/h, average at 80 Km/h, top indicated speed of 111 Km/h, rider alone.
Idling stop may be deactivated. It’s a function where each time that the engine is started initially at the beginning of a ride and the scooter exceeds the speed of 8 Km/h it is activated. After 3 seconds of engine inactivity at idle rpms and zero speed, engine is switched off, which increases frugality when the scooter is stopped, e.g. at traffic lights. When the engine is switched off by the idle stop, an orange warning light, standby, is blinking at the display. As soon as rider turns the throttle on, engine is automatically turned on. Thus the fastest green light getaway occurs if rider turns and holds steady the throttle on, in one complete movement, without a hint of delay. At the opposite, a fast response rider will be the first to start from traffic lights like this. If rider turns on and off the throttle at traffic lights, at least once in 3 seconds, and idle stop is turned on, engine will not be deactivated.
Consecutively idle stop system works really well and discreet, rider gets easily used to it and will not be bothered when riding the PCX.

Riding position: The seat is relatively low and narrow, especially at the front. Thus all riders will step firm their feet on the ground. The scooter weight feels average, not as light as one would expect, centre of gravity fells really low though. The width is little, the front end seems low due to the lack of a screen, thus rider gets a feeling that he is positioned rather on top of the scooter. Ηowever riding position is  mostly in the PCX, the height of the handlebar counterbalances this weird feeling. The upright riding position, the tall handlebar, together with a lot of chrome at the base of the handlebar, reminds something of a cruiser… Suspension is kind of stiff for scooter standards, for motorcycle standards its rather soft.
On the road: As a result of the above riding position is neutral and comfortable on town rides. The steering radius is exceptional and together with the narrow width , it will permit the PCX to take advantage of every gap in traffic and superb filtering. The dimension of the tires is 90-90-14 for the front and 100-90-14 rear, which increases comfort in town rides. The rear suspension feels better than the category standard. However PCX produces a typical comfort like most scooters featuring a 14 inch wheel at the rear, potholes will be felt. As in the majority of the scooters, when on decent tarmac roads, feels superb.
Brakes which are combined, are average for the category standards again, user friendly as expected, the front disc brake is relatively weak, the rear drum brake is adequate.

Comments: Under the seat there is adequate space for a large full-face helmet. A second storage space is provided at the left top of the leg shield. Its adequate for sun glasses-wallet. However it cannot be locked and there is no hook provided for the shopping bags.
PCX combines several solutions aiming in fuel economy and in this field it excels for the category standards, without any disorders.The PCX’s front side as seen from the front, resembles a lot to the all new VFR 1200. The quality built is very good. The key-lock features an additional protective cap.
Due to the height of the frame bars, rider has to lift a foot over the seat in order to access the riding position, so it’s not as functional as the majority of scooters around. Rider’s feet will be placed at a specific position at the scooter’s floor and will be protected to the front as well as sideways by plastic parts of the PCX front. A nice touch is the minimal seat extension for the pillion which serves as a stop for the rider. 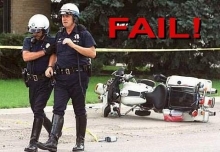