Actually the engine can manage 6th gear from as low as 2000 rpm, which corresponds to just 60 km/h (37 mi) and provide sufficient boost whenever its necessary. The engine response is quite more linear than the previous bike though, since there isn’t any distinguishable peak or gap throughout the powerband.

With the 6th gear selected, the 5500 rpm mark corresponds to 160 km/h (99.5 mph) and the engine operates very comfortably, whilst it will catapult the bike towards the 200 km/h (124 mph) mark, when opening the throttle.
The power at the top range is superb, requiring some straights to be released, the rev limiter intervenes at 12000 rpm.
At the right handlebar there is a 3 mode power restriction switch. An indicative average fuel consumption figure is 7.5 l / 100 km, (37.7   mpg Imperial).

Riding position: The bike is relatively low, wide and long. The seat is somewhat lower than the normal (805 mm- 31.7 in), however its quite wide. Thus, lower stature riders will not feel very confident stepping on the road.
Riding position is slightly inclined forward, requiring some time to get used to. The centre of gravity is low, thus the bike's weight (266 kg - 586 lbs) nominal kerb, feels lighter.

On the road: A 43 mm inverted fork is featured at the front. The KYB suspensions are fully adjustable and they are quite compliant providing comfort at their standard settings.
Τhe bike tested was equipped with Bridgestone ΒΤ-016R tyres with dimensions 120/70-17 at the front and 190/50-17 at the rear. They are considered a great choice for this bike and sporty use, improving handling.

As it can be expected, rider will be asked only for a few compromises on town rides, which are basically the engine heat in southern countries and the riding position. The width of the bike does not favor downtown use whilst there is considerable weight on the rider’s wrists due to this riding position.

Despite the width of the bike, the height of the clip ons and the mirrors will not be an issue at the process of filtering. Steering lock is superb. The fuel consumption is an issue though on frequent urban rides.

Since this bike is the same with the previous model (2008-2012), on B-roads she is very steady, providing great confidence to the rider. It’s very agile for the standards of this category.

At the fast pace the suspensions have to be adjusted to stiffer settings since they feel soft. Turning in the bike provides great confidence and the steering remains neutral at the whole length of the curve.

Given the torque and the power provided, exit of the corners is really powerful. Generally speaking the cornering stability is superb, providing tons of confidence.
However in slow and medium curves the feedback provided is inferior to that of the 1000 c.c. superbikes., despite that this sort of feedback belongs definitely to a sporty bike. At such a pace the slow steering geometry and inertia become an issue which gives to a GSXR 1000 a  definite advantage.

Τhe Ηayabusa is rock solid steady and comfortable on the highway, which could be due to the 1480 mm (58.27 in) wheelbase. The bike provides the feedback which is necessary to the rider as well as the proper wind protection, achieving a comfortable, very high travelling speed. The sweepers are the best part of the riding, where the Suzuki is firm, stable and really confident. The top speed is 300 km/h (186  mph).

This level of braking provides confidence to the rider at any instant, the operation of the ABS is discreet whilst it intervenes only whenever it should. Although the plastic brake lines and the master cylinder of the previous model remained the same, this is not a disadvantage since they will need to be upgraded only in case of  track use.

The changes issued on this bike and especially the use of the ABS was a necessary evolvement to the Hayabusa, equivalent to the huge potential of this motorcycle and the modern bike technology especially to the great issue of road safety. Of course this doesn’t mean that the previous bikes were handicapped by the lack of ABS.

Comments: Τhe Suzuki GSX 1300 R Hayabusa was introduced in 1999. After two minor upgrades in 2008 and 2013 where it got a standard ABS, she is still one of the fastest and fresh in terms of riding bikes, despite the 14 years of age! She may seem a user friendly bike for this sort of potential, however she feels like a gun, loaded by the way.
She will entirely fulfill the sporty and fast touring expectations of the majority of riders. Some compromises will be asked on track use which will be growing as the pace gests faster. This eventually will become soon on a bike like this especially in the case of nimble riders.

+Various fields of use 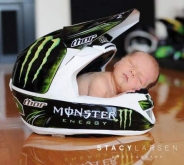