There is no data available concerning the engine performance, by Suzuki. Τhis test was conducted without the standard top case and luggage mounted on the bike.

Engine: At the naked – Bandit model, the revamped from 2007 four cylinder, liquid cooled, fed via injection engine of 1255 c.c., produces 97 bhp at 7500 rpm and 108 Nm/3700 rpm, claimed values.
These figures cannot really provide a hint for the actual power output. The GSX provides superb torque, which makes it faster than most of the competition at the lowest power band, very competitive indeed at the middle area of the power band.

Rider has to apply the clutch in order to turn on the ignition. On the road, torque provided is immense. From 2-2500 rpm upwards there is adequate thrust, producing considerable acceleration.
Fuelling is really good, there is no surging or any hesitation applying the throttle. At any given instant, the motion of the right hand is translated in direct and meaty thrust, which is gradually reduced up to the top speed of 242 Km/h, indicated figure.
There are no power steps at the engine response proportional to revs, rider will not need to downshift or keep the engine revs high in order to attempt nimble riding. Engine performance is linear up to 10000 rpm where rev limiter intervenes. A shifter light is available for the rider, although its not consisted with the character of the bike. Some sporty hints are indicated, for no apparent reason.

The indication of the selected speed at the gearbox is very important, 6th gear engaged at 100 Km/h is all that the rider will ever need, due to the superb torque. There is no engine temperature indication, which may be considered to be a disadvantage. The cooling fan operation is absolutely discreet. The operation of the gear box is really positive, shift travel is relatively long. Fuel consumption is within the expected range, given the engine capacity, that is relatively increased.

Riding position: The height of the seat is normal. It may be adjusted in a 20 mm range, from 805 to 825 mm providing a tiny storage space underneath. The width of the seat is narrower to the front, allowing average height riders to step a rather firm foot on the ground.
This is really necessary as this bike feels heavy and centre of gravity feels high. This combination requires caution when manoeuvring the bike. Nominal curb weight is 257 kg.
The dimensions of the bike are average for the standards of the category, that means that the length and width of the bike are increased. The latter is due to the fairing, creating useful air protection for rider’s legs. Except from the fairing, the GSX is not wider than a Bandit 650.
Rider is placed in and over the bike, riding position is touring neutral, relatively forward inclined.

On the road: Suspension firmness is average. There is a preload adjustment to the 43 mm fork and preload-rebound adjustment at the shock.
Factory fitter tyres are Bridgestone BT 021, with dimensions 120/70-17 at the front an 180/55-17 at the rear. These tyres are relatively good on high friction tarmac roads, if rider is willing to travel. On low-average friction factor roads they should be replaced with a softer compound. Its that simple.

On urban rides there are virtually no limitations for the bike. A confident step to the ground, a user friendly bike character and a linear engine response make town rides an easy task.
Steering lock is sufficient, rider will take advantage of relatively small traffic gaps.
At the process of filtering the handlebar height is about the same with that of car mirrors while the bike’s mirrors height is virtually the same with that of the SUV mirrors. The handlebar balancers are marginally wider than ideal during filtering. This sounds disturbing but its not a problem, because the width of the handle bar and mirrors allow decent filtering given the category of the bike.
Street imperfections are absorbed sufficiently, while the bike provides a firm sensation. Because there is no engine temperature indication and due to the quiet cooling fan, rider will not notice if engine gets hot on summer town rides.

On B-roads, the stability of the bike is the most prominent element of the handling. Cornering is neutral. This is mainly due to the long wheelbase of 1485 mm. Rider gets great confidence to enjoy leisure riding or charge.
Absorbing road imperfections is sufficient, feedback to the rider is good.

At the fast pace on low- average friction factor streets, tyres fitted will set the riding limits, as they do not provide the necessary grip. They do not get easily warm either, despite the weight of the bike. If rider persist on charging, feedback is diminished, the bike feels light, oversteer at the exit is on the way.

At the fast pace on high friction factor roads, feedback is relatively good. Stability is great, while agility is increased. The bike is neutral for the whole duration of the curve. If rider persists on charging, feedback and confidence are reduced.
The 257 Kgs curb weight feels significant then, there is no point to charge further. At the fast pace on slow-tight bends, due to the high centre of gravity, the GSX may be ridden with the rider sitting upright on the saddle, while the bike changes direction underneath him!

On the highway the system of the adjustable deflector mounted on the windshield provides very good air protection. A travelling speed of 190-200 Km/h may be maintained. If the screen was larger, an even better air protection could be accomplished. Hypothetically the size of the screen was ordered by the marketing department, in order to make the GSX look alike the GSXR cousins in law.
The stability of the bike is superb at such a speed. Comfort to the rider is good, which should be expected for the category standards.
Under full throttle acceleration, the thrust provided by the engine will not catapult the rider to the front, which is provided by the most powerful competitive bikes. However a really powerful engine response is always available. On the highway rider will not ever need to downshift, passing a vehicle.

The brakes of the bike are powerful front and rear. Dual 310 mm discs at the front, four piston callipers and a 240 mm disc brake at the rear, single piston calliper are equipped.
They are linear, feedback provided is good, while the operation of the ABS is really sufficient, although it feels like intervening a bit late.

Reliability: The Bandit family has built a solid reputation regarding reliability. Concerning the quality build, the meticulous cleaning of the bike and routine sheltering will help the bike to preserve an as new condition for many years.

Model History: It was introduced in 2010.

Comments: The color of the dash light is between orange and red. Lights are powerful, the beam produced is concentrated, both on normal and at high beam. Numerous keys are provided with the bike. Ignition key, top case key, luggage keys. The top case and hard luggage are also standard equipment at this bike model, together with their keys…
There are no gimmicks provided with the bike, except from the ABS, which is a short equipment list compared to that of the expensive bikes of the class.

The design of the GSX is completed with the single tone classy paint, which is a must for the category, due to the target group biker’s age. A status symbol factor should also be outlined. The GSX despite the fairing and equipment is almost the same with Bandit 1250A, that review is published here. However the tag price of the GSX is really close to the 600 c.c., which is the main advantage of the bike, over the competition. 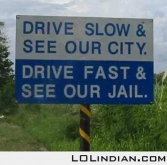