Indicatively the lowest area of engine operation up to 4000 rpm, is adequate for commuting. Engine response is very linear, although a very careful rider will feel a discreet burst at 7600 rpm, engine sound is changed then. Power provided is great from that point upwards, rider’s expectations will be fullfilled considering that it’s a naked bike after all. Rev limiter inervenes at 11600 rpm.
The clutch at the six-speed gearbox is really soft. Fuel injection operation is excellent. The tradition of the previous gsr 600 is continued, the engine of the gsr 750 is an advantage for the bike, it will take anything from 2000 rpm upwards, torque is really great.

Riding position: The seat height is relatively high while the saddle width is relatively small. Average stature riders will step a firm foot on the ground.
The dimensions of the bike are normal except where from the width, which is increased due to the tank and the handlebar. However these parts match with the design of the bike.
The weight of the bike feels considerable, 210 kg nominal curb.
Rider is placed in and on the bike, riding position is very neutral and comfortable, its oriented to commuting. This is due to the tall and wide handlebar.

On the road: Suspension feels relatively soft. An inverted Kayaba 41 mm fork is equipped at the front, there is a linkage at the shock. The only adjustment for the rider is spring preload at both ends.
The frame and swing arm are made of steel, so as to keep the cost low.
Tyres mounted on the bike were Bridgestone BT-016 with dimensions 120/70-17 front and 180/55-17 rear. They are a good choice for the nature of the bike, enhancing grip.

On urban rides, the combination of riding position – linear and meaty engine response, create a feeling of calmness to the rider. This bike is great for leisure rides. Rider will feel quite comfortable compared to other riders on congested traffic.
At the process of filtering the height of the handle bar and mirrors is the same height with that of car’s and SUV’s mirrors respectively. No particular problem for the rider, normal filtering is good. On heavy traffic congested streets filtering is not really comfortable due to the width of the handlebar.

Steering lock is good, it will not help or trouble the rider either.
Comfort provided to the rider is good. Small and moderate urban street imperfections are absorbed quite well. Large bumps are not absorbed sufficiently.

On B- roads, the comfortable riding position and instant power delivery result in very pleasant leisure rides or just …browsing. Cornering provides a mixture of stability and agility, stability is greater though at the end of the day.

At the fast pace, the previously mentioned comfortable riding position, feels like a … traveling one. It will not be inspiring for the rider at the fast pace. Feedback to the rider is gradually decreased riding even faster.
On low - moderate friction factor streets, a slide is close at a pace like that, no obvious prior warning. Due to the suspension, handling is not suitable for track days.

On the highway air protection is quite good due to the headlamp area. Rider will notice some air flux, however its actually dispersed. A cruising speed of 150 Km/h is comfortable, 160 Km/h is O.K., 170 Km/h kind of tiring, no way to travel at 180 Km/h.
The instant engine response provided is very helpful when overtaking, the bike easily reaches the speed of 230 Km/h.  Top speed is close to 240 Km/h.

Dual 310 mm disc brakes are equipped at the front, two piston calipers, a 240 mm disc brake with single piston caliper at the rear. Braking is user friendly, linear, decelerating power provided is extremely useful. On medium-low friction factor streets, rider may deliberately lock the wheels under braking. Feedback provided is relatively good.
At the fast pace rider will wish for slightly more powerful initial bite and stopping power. However brake operation contribute to the user friendly character of the gsr.

ABS is optional. The price tag of the bike is not increased because of the ABS in countries with a high friction street factor. In such cases, some riders may decide that they don’t need the ABS, although this system could always save a life.

Comments: A high friction coefficient seat cover is used for the pillion’s saddle. A white dash light is used. An indication of the selected gear is also provided. The white color of the bike gets some blue shades under the sun. Two halogen lamps are equipped at the headlamp. At the pillion’s footrests there are hook slots which increase bike’s touring potential.

The streetfighter elements at the design of the previous gsr are amplified actually at the gsr 750. This bike is much prettier than the former model. On the contrary, regarding riding issues, the gsr 750 tends closer to the naked bike category instead of the streetfighter characteristics that the gsr 600 belonged to, where of course engine operation is an exception to that.
Whatever the case is, the new gsr is a totally changed new model. The new gsr addresses to riders interested in everyday functionality, wherever the ride is.

- Despite the design and engine performance, no exciting riding characteristics 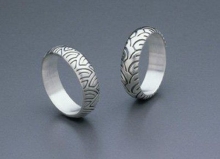