Engine performance is greatly linear from 4000 rpm up to 14000 where rev limiter intervenes. At the fast pace, or if decent acceleration is needed, engine revs should be kept higher than 8000 rpm.
The sound of the engine is beautiful, it will satisfy riders regardless of the age.

The weight of the Hornet feels average, 207 nominal Kgs, curb.
Rider is placed in and over the bike, riding position is upright and comfortable.

On the road: The firmness of the suspension feels average. There is no linkage at the shock.
Tyres fitted at the motorcycle tested were Metzelers M5 with dimensions 120/70-17 front and 180/55-17 rear. They are considered to be a good choice for the specific bike, enhancing grip. On wet conditions they require some caution.

On town rides the Hornet is extremely friendly and agile, almost like a toy. Commuting is very relaxed due to the riding position. Riding comfort over street imperfections is relatively good, the Hornet feels relatively firm.
Steering lock is really good, rider will take advantage of tiny traffic gaps.

At the process of filtering, the height of the handle bar and the mirrors of the bike is the same with that of car’s and SUV’s mirrors respectively. However there will not be any problem for the rider except from very congested streets, where rider may wish for a marginally narrower handle bar.

At the fast pace, feedback to the rider is good for the standards of the category. Rider feels confident to charge. The new model is obviously improved compared with the 2007 model at this point.

The upright riding position will result in a problem for the rider after a while, its not a sports oriented one. If rider persists on charging faster, the bike will feel light. Combined with the superb agility, the Hornet will not provide an absolutely planted feeling on the road.

On the highway the upright riding position will impose a traveling speed up to 150 Km/h. It will be exhausting for the rider to attempt a higher travelling speed.

The combined C-ABS brakes are really good. They consist of twin 296 mm disc brakes, three-piston calipers at the front and a 240 mm disc brake, single piston caliper at the rear.
They provide good braking feedback and power, matching exactly with the character of the bike. Rider will be fully satisfied by the braking performance provided.

Compared with its 2007 predecessor, the shock was changed in the 2009 model. As a result of the above, the 2009 model provides firmer rides over urban street imperfections. However handling is obviously improved on B-roads. Ιn 2011 the display and meter cover design are changed.

With decent tyres fitted like these of the test conducted, the 2009 Hornet will meet the expectations of a novice rider even at his initial track days. 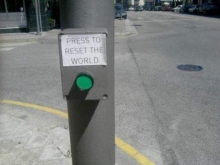