The bike under test was almost new, it had clocked 100 Km. The performance described is inferior to that which the future rider will achieve, after a proper run in of the engine.

On the road: Suspension is relatively soft, front and rear. A 33mm telescopic fork is used at the front, the only adjustment for the rider is the spring preload at the two shocks.
Factory fitted tyres are Dunlop D451, dimensions are 100/80-16 front and 120/80-16 rear. They are an average choice.

If there is a scooter which is perfectly adapted on urban rides, the SH 150 will certainly tick all the boxes. The light feel of the Sh is impressing initially, together with the low centre of gravity.
Some motorcycles may be considered to be absolute in terms of cornering, engine performance or both, the Sh is an absolute city scooter. This is mainly due to agility which is superb.
The engine performance, weight, dimensions and generally the feel of the scooter define a minimal character which will provide ridiculously fast, safe and light rides. The Sh provides everything that a rider will need for extremely effective and unstressed commuting. Certainly it’s a stable scooter, however it’s the agility that defines the edge in riding.

Road imperfections are noticed by the rider, although this is not irritating, after all this is what a sporty scooter is supposed to do. As a result comfort to the rider is not what it is expected from a 16 inch wheeled scooter, although it should be perceived as a detailed feedback to the rider!
At the process of filtering, the height of the handlebar and mirrors is the same with that of cars and SUV mirrors. However this will not set any commuting limitations to the rider due to the small dimensions of the scooter.
Steering lock is top class, it will be very helpful on congested traffic.

On B – roads, agility is again the dominant sensation deriving from the Sh. Stability and robustness are also there for the rider. Comfort to the rider is quite good.

At the fast pace on low friction factor B-roads, feedback to the rider is moderate, riding confidence is satisfying.

On high friction factor roads, feedback to the rider is good. However it gets decreasing when the riding pace gets faster. Confidence to the rider is not decreased to the same extent though.

On the highway the Sh may be shortly used, obtaining a speed between 90-100 Km/h. Riding limits will be solely set by engine performance. As a result on high speed riding, some planning is required for the rider to overtake a vehicle. The large wheels combined with the robust frame produce a stable high speed riding.

Single 240 mm combined disc brakes are equipped front and rear. Applying the rear single piston brake caliper, one out of the three pots of the front caliper is engaged.
The front brake is very good and powerful, providing good feedback to the rider. The rear brake is slightly more powerful than the front, providing relatively good feedback to the rider.
Conclusively the user friendly brakes are definitely a great advantage for the scooter, providing great stopping power and linearity. As a result rider will brake very effectively on high or low friction factor roads.

Reliability: A drum rear brake was used on early models, resulting in poor feedback to the rider. That was rectified in 2009 as it is described on the following paragraph. There are no specific issues reported concerning reliability. Quality build is superb, it may be felt also as riding quality by the rider.

Model evolution: The Sh was introduced in 2001. In the 2005 model fuel injection replaced the carburetor, there were changes in electronic ignition, floor, riding position.
In the 2009 model suspension got stiffened, rear drum brake was replaced by a disc brake. In the 2011 model there were design, color and dash changes.

Comments: The step through floor is relatively narrow at the front area where rider’s feet step. As a result in case of rain, rider’s feet should be arranged in the middle of the scooter.
The sole storage space is under the seat, it will accommodate a small jet helmet. There is no glove box at the front. The top case fitted on the scooter at the top box version, is identical to that of SH 300i. In case of larger objects to be carried, the flat floor will provide the adequate space.
The air vents on the leg shield are design targeted only, there is no radiator inside. There is a passing signal switch for the lights on the handlebar. The pale green-almost-white light at the display is very beautiful. The side stand is not provided as standard.

The Sh150i is one of the most effective scooters on the market, targeting to those riders who do not want any commuting restrictions. It is a top class scooter, that the increased price, and conservative design are the only disadvantages for the top-case version. Concerning the design, the contrast of black and white color conceals the indifferent lines of the scooter. 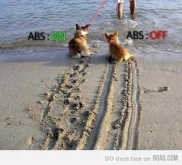