The bike provided for the review had just clocked 192 Km. An improvement to the performance described should be expected.

Under acceleration at city traffic lights, the DR is faster than ordinary cars. In normal riding, engine performance is smooth, it will provide confidence to the inexperienced rider.
The small engine capacity and the lack of liquid cooling will not produce adrenaline in order to excite the rider. The power provided by the air-cooled engine is low as it should be expected. Due to the displacement of the engine, frequent use of the gearbox is necessary in order to obtain decent performance. At the very fast pace, the frequent use of the clutch is also a must.

Riding position: Compared to the 125 cc bike standards, the height of the seat is higher than the expected. The front part of the seat is lower, while the width of the seat is small. Eventually short riders will not be absolutely satisfied, since they will not step confidently a foot to the ground.

The width of the bike is small, except from the handlebar and mirrors, which are relatively wide.
Rider is placed clearly on the bike, riding position is aggressive. A sense of alert is created to the rider. Riding position is tempting. Its almost racing, however the DR is generally an everyday bike.
Compared to the standards of the category, the DR feels rather heavy, 130 Kg wet nominal, while centre of gravity feels just above the middle section of the DR.
Tyres are Pirelli Sport Demons, dimensions are 100-80/17 for the front and 130-70/17 for the rear.

On the road: Both the fork and the shock are soft. Commuting will be an easy task. Riding position is high, providing unobstructed traffic surveillance to the rider.
Steering lock is really great. Combined with the narrow width of the motorbike, taking advantage of minor gaps in traffic will be easy for the rider.
On traffic congested streets despite the character of the bike, the width of mirrors and the handlebar, will gradually become a disadvantage. The height of the handlebar is just greater than car mirrors. The height of the DR mirrors is about the same with SUV mirrors. Under these circumstances, filtering is not as easy as it should be expected. However, in normal traffic conditions, the DR is exceptional.
Street imperfections are sufficiently absorbed. Due to the 17 inch wheels and the lack of linkage at the shock, large imperfections will get their way to the rider. From the other hand, feedback to the rider is good.

Agility and robustness are evident. As a result of the above, an impressing mixture of agility, robustness and stability is the riding outcome for the DR on B-roads. It should not be considered as a small urban bike. Its rather a decent bike, underpowered though.

At a nimble pace it will be more than occasional fun. It will be tempting on every ride. The more the rider feels confident on the DR, the less braking will be necessary to turn into the bend. In case that the lack of engine power is an issue, downhill roads are an option. Unfortunately there are no other alternatives for the lack of power. Challenging more powerful bikes will be another temptation provided to the rider then.
Stability is top class at a nimble pace, after all it could be an underpowered 250 c.c. bike. Feedback to the rider is good, the same applies to rider’s confidence.

At a very fast pace, feedback to the rider is considerably reduced mainly due to the tyres. On low friction B-roads, sliding feels close, rider eventually will lose confidence. Of course such a pace and potential from this bike go far beyond the capabilities of an average DR 125 SM customer. However because it’s a Supermoto called bike, limits had to be found!
Tyre options in this category are little, replacing to softer ones will improve handling.
In supermoto style of riding, entry to the bend is neutral, drift is good.
On the wet, tyres fitted don’t provide confidence to the rider on average friction factor streets.
On high friction factor streets, these tyres are very good.
On the highway the DR will comfortably reach the speed of 90 km / h, stability is exemplary, air resistance is negligible at this low speed, despite the upright riding position. Due to its small engine displacement, really short motorway rides may be attempted, travelling will be disappointing though.

Disc brakes front and rear are used. They are very good, powerful, providing relatively good feedback. However under heavy braking, the front brake due to the excessive suspension travel, does not provide detailed feedback to the rider.

Comments: Although there is a youthful nature to the DR, the dash light is very conservative yellow-brownish at night. The lights of the DR are average for the standards of the category.
The pillion will appreciate the handgrips on the rear of the seat. They will be useful for the rider also, when manoeuvring the bike.

The DR is a beautiful bike that size and handling on the road refer to a larger bike, while the engine performance belongs to the introductory class for novice drivers.
Quality built is quite good, no evident compromises there. Cost reduction will be noticed in the absence of rpm meter and liquid cooling of the engine, that would increase top power output.
The low price, is quite a surprise. 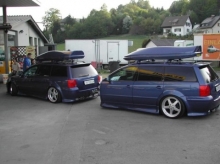